Let us help you tailor your charitable gift to your financial, tax or estate planning objectives

You are at: Planned Giving > The Norman A. Wiggins Society

The Norman A. Wiggins Society

The society is named in honor of Dr. Norman Adrian Wiggins, who served for 36 years as the third president of Campbell University. Among his many accomplishments during his tenure were the establishment of the School of Law that bears his name, and the College of Pharmacy and Health Sciences (the nation's first new pharmacy school in 40 years, back in 1986). In addition, he inaugurated the following schools: the Lundy Fetterman School of Business, the School of Education, and the Divinity School, and laid the groundwork for the Jerry Wallace School of Osteopathic Medicine.

The Wiggins Society was created for Campbell University to recognize our donors and supporters who have invested in the university by establishing a planned gift. Wiggins Society members gather once annually for a social on campus, and have the fact of their membership listed in our Annual Report and similar donor publications. Many of our friends have funded scholarships, program chairs, professorships, and naming opportunities on our thriving campus. All of these gifts will ensure that Campbell University will continue to prosper as the preferred private university in North Carolina.

GIVE A FUTURE GIFT TO CAMPBELL FROM YOUR ESTATE

For more information on the Wiggins Society, or to begin the process for your planned gift, please contact us. 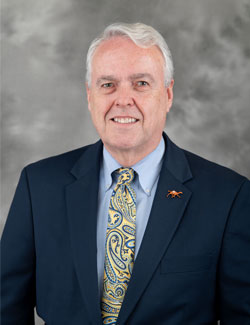